Was curious if we had any local ice fisherman here? 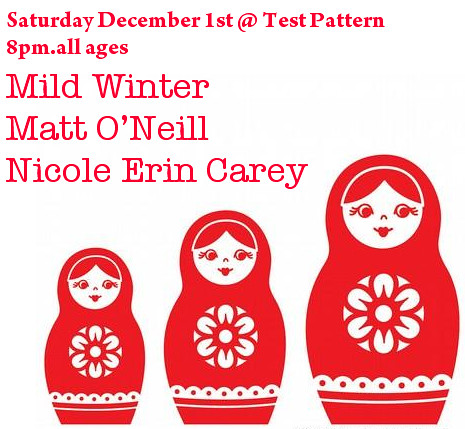 I'm walking all night to prevent suicide, you can help!
I hope this isn't off topic, but I'm going to be taking part in the AFSP's Out of the Darkness Overnight 2007 in NYC on June 9-10th. This is a 20 mile walk from sundown to sunup to raise funds and awareness for suicide prevention.

More information on the Overnight is available at http://www.theovernight.org

I live in State College now, and, although there's much more to do here than there was in Moosic, I actually miss some things about the place.


PS- Any other NEPA refugees up here?
I recently (randomly) found this online. I was Googling the Farmer's Market (downtown Wilkes-Barre) because a friend of mine, who isn't from PA, didn't understand what it was. Sooo I was searching for something (like a picture) to show her, but instead found this great short film.. haha..
it involves downtown W-B, the Market St. Bridge, Hotel Sterling, etc..
WATCH IT!

If you are a present or former friend of CA, there is now a Camp Archbald livejournal community at

- Going to Wal-mart at 2 am. There is no such thing as an all-night Wal-Mart in North Jersey (I've also been unable to find an all-night grocery store in my area.)

- Driving just to drive, with the exception of really snowy days, you can pretty much just drive for the fun of it in NEPA, I didn't realize until I moved to a major metro that you can't just drive without having to deal with traffic, etc.

- Potato pancakes and pierogi, I still have not found anything like that out here.

- Manning's ice cream. Especially now that it's summer, you have no clue how much I miss this stuff. I'm drooling just thinking about it.

- The complete and total lack of crime. With the exception of a few "bad neighborhoods" in Scranton, most of NEPA is completely and utterly safe. Even the South Side and the Hill section pale in comparison to Newark. (Don't get me started on Irvington *shudder*)

- How cheap everything is - I miss going out and being able to get wasted on less than $10. Where I live now that can buy one drink. Oh and don't get me started on real estate and rents.

Hey everyone - I just moved back to NePa from the Washington DC area and thought I'd say hello. People say to me "why on EARTH would you come back here?" and I say "well, let's see, 1000 month apartments, terrorism central, traffic jams that suck away hours of my life I can never get back, politics schmolitics............." the list goes on and on.

Born and raised in Pittston, left in 1991, now I live in Duryea. Don't know if anyone here is my age or close to it, but it would be neat to find local friends.

Thanks for starting this community - I am PROUD to be from NEPA once again, and to celebrate, tonight I will be at a pit-nic eating potato pancakes and pierogies! :):)
Hey buckos.

I'm looking for a new place to live in SCRANTON, PA starting SEPTEMBER 1, 2005.

BUT IT'S TOO EXPENSIVE TO LIVE ALONE!
AND TOO SMALL TO LIVE WITH ANOTHER PERSON!
AND MY LEASE EXPIRES AT THE END OF AUGUST!

So, if you are looking for a room mate, or looking to move out of your parents moldy basement, DROP ME A LINE!

I moved from Scranton to Philadelphia in December and this is a list
of things I miss about NEPA.

Church picnics where I can get great ethnic foods ahhhh! smell the potato pancakes cookin and see some hot ladies .

Cinamark in moosic. The best theatre ever!

Coney Island texas weiners (Drool) the one down in the hole .

Gettin drunk and goin to da diner (glider diner) for fries and gravy at 3 am.

Pizza with a blend of different cheeses on it here its just strait mozzerella .

most of all though I miss my Dad.
Collapse